Almost every state requires some form of car insurance for drivers. Car insurance guarantees the driver has the funds to pay for injuries and damages he or she causes in a crash. Operating a motor vehicle without car insurance in New Mexico is against the law. If you are a new driver or recently moved to New Mexico, learn the insurance laws before you hit the road to avoid legal trouble. 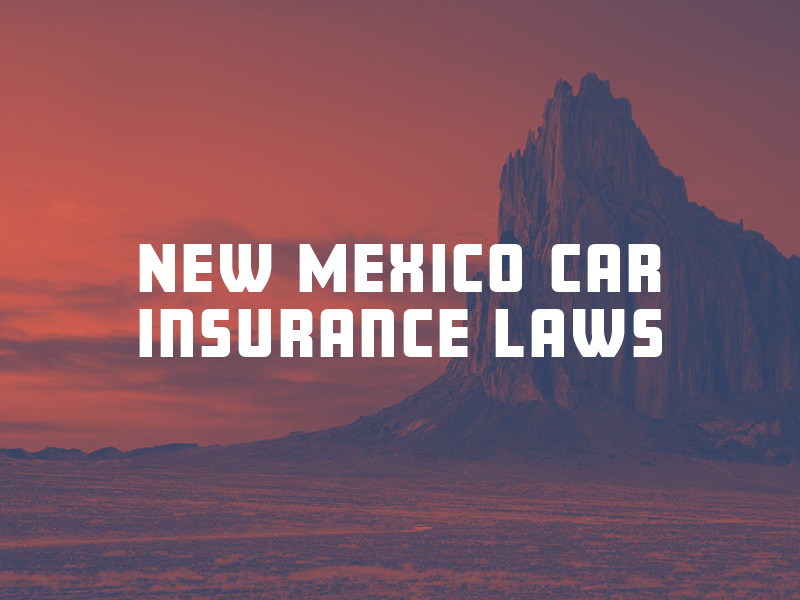 Like most states, New Mexico only requires its drivers to carry the minimum amounts of auto insurance. Driving without certain types and amounts of coverage can lead to penalties. New Mexico is a 25/50/10 state.

It is mandatory to carry at least these amounts of insurance. Operating a vehicle with less than this coverage or no insurance at all is against the law. The penalties for driving without insurance in New Mexico can include up to $300 in fines, suspension of the vehicle’s registration and even criminal charges.

Fault Laws After an Auto Accident

New Mexico abides by fault car accident laws when determining who will pay for damages. The state’s tort-based system says the party most at fault for causing the crash will have to pay to replace all victims’ losses. One of the first steps to take after a crash, therefore, is to determine fault. The victim may need to gather evidence of the other driver’s fault to show an insurance company before he or she recovers compensation.

Car insurance will cover the costs of victims’ damages after an at-fault crash. The insurance company will offer payments up to the policy’s maximums for medical expenses and property repairs. Failing to purchase adequate insurance before driving could mean the at-fault driver has to pay for damages out of pocket. If the at-fault driver cannot afford repairs, the victim may be out of luck. The only exception is if the victim purchased an additional form of coverage called uninsured/underinsured motorist insurance. In this case, the victim’s insurance company would pay for damages even though the driver was not at fault.

How to File an Insurance Claim

You must file an insurance claim for your damages to receive compensation from the at-fault party’s insurer after an auto accident. If another driver caused your crash, you will file a third-party claim. File a claim with the other driver’s insurer by calling his or her company and explaining that you have had an accident. Give the agent the full name of the at-fault driver and his or her policy number, if you have it.

The insurance company should assign an adjuster to your claim to talk to you about the crash. Be careful when speaking to the adjuster, as he or she may try to undermine your ability to recover compensation. A claims adjuster works for the company and will want to save the insurance provider money. If you caused the crash, you will file a first-party claim with your provider instead. Do not admit any fault for the wreck during your insurance claim, or else the company could deny your claim or offer less compensation.

If the insurance company will not settle your car accident claim to your satisfaction, your other option for financial recovery may be a personal injury lawsuit. You could have grounds to file a civil suit against another driver or other defendants (e.g. a vehicle manufacturer or the government) if that party was responsible for causing your crash. Speak to an Albuquerque car accident attorney if you believe you have a civil case against another party. Legal representation can strengthen your claim to damages in New Mexico.