Truck accidents can cause life-changing physical and emotional injuries. While a personal injury lawsuit against the at-fault party will not reverse the damages inflicted, it could hold someone accountable and provide justice to victims. If you have injuries from a truck accident in New Mexico, act quickly to contact a lawyer so experts can investigate the collision right away. You risk losing key evidence by waiting too long to seek assistance. 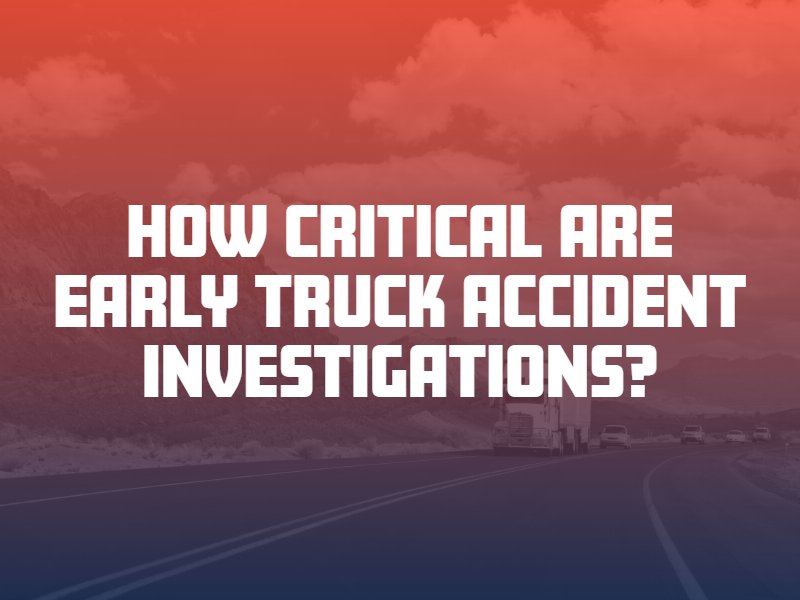 You may believe calling 911 from the scene of a truck accident will result in a thorough enough investigation of the crash. While the police can collect evidence, it is also important to bring other investigators to the scene early on for the strongest possible claim to damages. Qualified crash experts, reconstructionists, engineers and others may be able to obtain critical evidence if called to the scene early.

A police report alone will lack the technical details of a commercial truck accident. Piecing together the accident and demonstrating to a jury how it happened often takes further investigation from experts. Call an attorney right away after a truck accident in Albuquerque to start an early investigation for the best chances of holding the truck company liable.

How Can a Lawyer Help?

You have three years from the date of your truck accident to bring a claim in New Mexico. When time is of the essence, a Albuquerque auto accident lawyer can take immediate action to protect, preserve and obtain relevant evidence on your behalf. Your lawyer can make calls to subpoena evidence, for example, as well as send letters of spoliation. These are legal documents requiring the defendant to preserve any evidence related to the personal injury lawsuit.

The courts enforce letters of spoliation in New Mexico. If a trucking company ignores the letter and tampers with or destroys evidence, it could face criminal charges and penalties. Gather important evidence to support your truck accident claim by contacting an attorney as soon as possible after the collision. A prompt phone call to an attorney in New Mexico could immediately set the gears of your case in motion. Fast action is imperative to build the strength of your claim.