Every state has a law that details the repercussions for drivers who leave the scene of an accident without rendering assistance to others involved in it. Broadly speaking, an accident is characterized as a hit-and-run if a driver is involved in an accident with an object, another driver, or pedestrian and leaves the scene without rendering assistance or providing their identifying information. Interestingly, unlike many other statutes of this nature, there is no requirement of fault, meaning that even if a driver is not at fault for the accident, they can still be in violation of the law if they leave the scene. 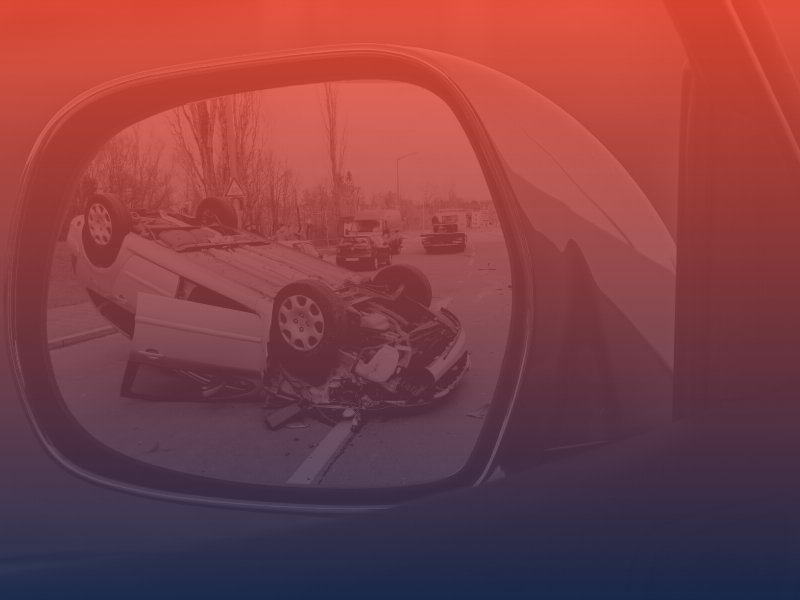 There is a great range of criminal penalties for those who leave the scene of an accident. These penalties range from fines to incarceration. Depending on the circumstances of the accident, the violation may be considered a misdemeanor or a felony. Additionally, the fleeing party may be civilly liable those who were injured by the driver’s decision to flee the scene. In many cases, allegations involve injuries that were worsened by the fact that the injured party did not receive timely medical attention.

Under New Mexico’s law, a driver should not leave the scene of the car accident except if it is temporarily to get emergency assistance. It is crucial that anyone involved in an accident provide their identifying information, render a reasonable amount of assistance, and contact emergency personnel. Drivers must exchange information, including their name, address, contact information, driver’s license number, and insurance details. The failure to do this may result in liability.

New Mexico has seen an increase of car accidents and reckless drivers over the past few years. As a result, New Mexico lawmakers are devising ways to address the state’s dangerous drivers. An Albuquerque legislator has recently argued that the current law does not adequately punish hit-and-run drivers. Currently, New Mexico categorizes hit-and-run driving offenses as third-degree felonies. However, the legislator wants to change hit and run offenses to second-degree felonies. This change would result in a potential increase of jail time. Further, even damaging a car and leaving the scene would be considered a felony. The legislator acknowledges that these accidents are often not intentional but the decision to leave is one that is consciously made. Similarly, drunk drivers who leave will be looking at more serious charges as well.

What is a Hit-and-Run?

A hit-and-run happens when someone is involved in an accident resulting in injury, death, and/or property damage, and the driver flees the scene. The State of New Mexico requires all drivers involved in a collision to remain on the scene, render aid if necessary, and provide certain information to other parties involved and law enforcement. Even if it is a single-car accident that only resulted in property damage, the driver must make reasonable efforts to locate the property owner and provide identifying information. Fleeing the scene of an accident (hit-and-run)  is a crime.

A hit-and-run without injuries can result in the following penalties:

A hit-and-run that results in serious injury or wrongful death can result in the following penalties:

Knowingly failing to stop after an accident that caused great bodily harm can be charged as a:

Knowingly failing to stop at an accident that results in death can be charged as a:

The Rights of Hit-and-Run Victims

Victims of hit-and-run accidents are entitled to recover compensation from the at-fault driver for their injuries and other losses. If the driver is located, a claim can be filed against their liability insurance to pay for property damage, medical bills, lost income, pain and suffering, etc. If the hit-and-run driver is uninsured, your only options are to sue them personally or file a claim under your uninsured motorist coverage if you have it.

However, in some cases, it can take months or even years for law enforcement to identify the at-fault driver. In worst-case scenarios, the hit-and-run driver is never found. As a result, you may have to rely on your own auto insurance company to cover the expenses no matter what, but it will depend on the type of coverage you carry.

As previously mentioned, uninsured motorist coverage is an option to pay for expenses. Alternatively, collision coverage will pay for the damage to your vehicle and MedPay for injuries up to policy limits, but you will be responsible for your deductible. Keep in mind that these are optional forms of auto insurance coverage in New Mexico. If you only carry the minimum amount of insurance required by law, you may have to pay for the hit-and-run accident-related costs out-of-pocket until the at-fault driver is found.

What Should I Do if I Experience a Hit-and-run in New Mexico?

Being involved in a hit-and-run accident can be shocking and overwhelming. Knowing what to do afterward is critical and can significantly impact whether you are able to track down the at-fault party and hold them accountable.

Call 911 immediately. Law enforcement and emergency responders will arrive on the scene to administer the medical attention you need and create a police report. While waiting for their arrival, try your best to remain calm and move to safety. If you can, make a note of as many details as possible about the vehicle that struck you and the driver. For example:

If you are not taken to the hospital, document the scene as much as possible:

The more information you can give the police, the higher the chances of finding the driver who fled.

Seek medical care as soon as possible if you were not immediately transported to the hospital. Even if your injuries seem minor, some severe injuries have delayed symptoms. It is critical to have medical documentation linking your injuries and potential injuries to the hit-and-run accident to ensure these expenses are covered.

Report the Accident to Your Insurer

Notify your auto insurance company of the hit-and-run accident. They will advise you on the next steps and whether you can file a claim, depending on your coverage. If the at-fault driver is identified and has insurance, you still have the option to file a claim under your own collision policy but will have to pay your deductible. Your insurer will attempt a subrogation claim to recover reimbursement from the at-fault party’s insurer for the benefits they have paid out on your claim. If they are successful, you may get your deductible back.

Speak to a Hit-and-Run Accident Lawyer

Discuss your case with an Albuquerque Hit-and-Run Accident Attorney to learn your legal options. Most offer a free consultation, so you have nothing to lose. In addition, with their extensive experience, they can advise you on the best course of action for recovering fair compensation.

If the at-fault driver is identified, an attorney can handle filing your claim and all communication with their insurer. They can help you estimate the value of your claim and will negotiate a settlement to fully cover your losses. Your settlement should reflect reimbursement for your past and future medical bills, lost income, property damage repairs or replacement, pain and suffering, and any other crash-related expenses. If the insurer is unwilling to settle or will not agree to a fair amount, your attorney can help you pursue a lawsuit.

Have You Been Injured by a New Mexico Hit-and-Run Driver?