Fault in a Left Turn Accident 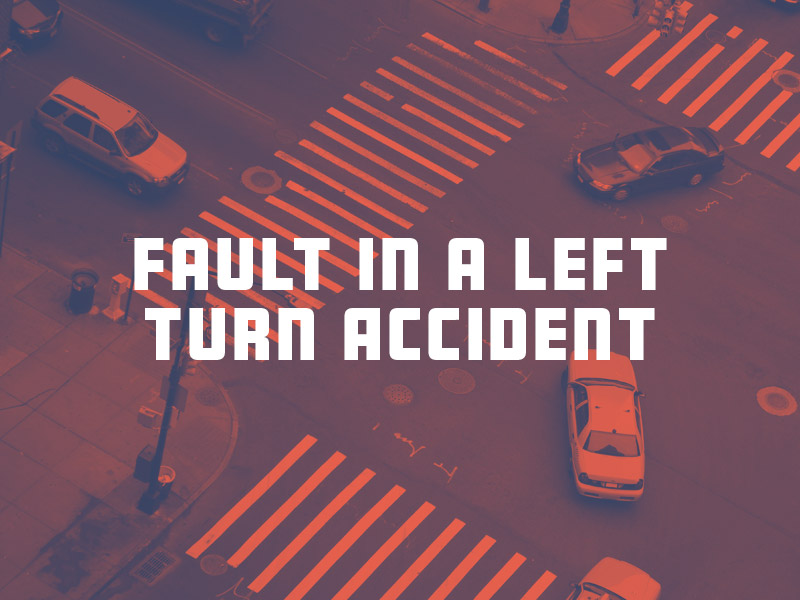 New Mexico is part of the majority in being a fault-based car insurance state. Fault-based insurance laws mean the party responsible for causing the collision will be financially culpable for paying victims’ damages. It will be the at-fault party’s car insurance company that provides financial benefits to cover victims’ medical bills, property repairs and other damages. After an intersection collision such as a left turn accident, therefore, injured victims will need to determine fault before filing their insurance claims.

Fault Usually Falls on the Person Making the Turn

Most left turn accidents come down to the fault or liability of the driver who was making the turn at the time of the crash. Drivers making left turns in New Mexico generally have to yield to oncoming traffic, unless the driver has a green turn arrow signal. With just a green light (no turn arrow), the driver turning left must yield to other drivers and only proceed when the road is clear and it is safe to do so. It is against the law to turn left into oncoming traffic. It is also illegal to turn left at a red light, except onto one-way streets in some states.

Some left turn accident cases involve the fault of the non-turning driver, however. A driver traveling straight could be at fault for a left turn accident if that driver drove through a red light or stop sign and crashed into the driver turning left. The driver traveling straight may also share at least partial fault for speeding, texting and driving, driving drowsy, driving recklessly or any other act of negligence that may have contributed to the wreck.

New Mexico is a comparative negligence state, meaning both parties could share liability for a left turn car accident. If the court finds the injured party to be partially at fault for the left turn accident, it will reduce his or her recovery of damages by an equivalent percentage. In a case involving a plaintiff who was 10% at fault for speeding, for example, and a defendant who was 90% at fault for making an unsafe left turn, the plaintiff would receive 10% less than he or she would have (e.g. $9,000 of a $10,000 award). New Mexico is a pure comparative negligence state, meaning a plaintiff could absorb any percentage of fault (up to 99%) and still be eligible for financial recovery.

How to Determine Fault

It is not always easy to determine fault for a car accident – especially after a left turn collision. It can be difficult to ascertain who had the right-of-way and who broke a traffic law, particularly if there were no eyewitnesses or video footage of the crash. After a left turn accident, determining fault often takes examining the damage to each vehicle and reconstructing the collision. Studying where each vehicle sustained damage could help experts reconstruct how the cars must have crashed, including the course and speed of each driver.

Crash reconstruction can prove which driver should have acted differently to prevent the left turn accident. It may prove the driver turning left did not reasonably have enough time to clear the lane at the time of the turn, for example, or that both drivers share fault: the turning driver for proceeding into the intersection too soon and the other driver for speeding. Since it is often challenging to prove a left-hand turn accident case, victims should hire car accident attorneys for assistance. A law firm will have the resources, including connections to investigators and crash reconstructionists, to help build a case against the correct at-fault driver.