How Settlement Negotiations Work in a Medical Malpractice Case

What to Expect From Settlement Negotiations

Negligence in civil law is the failure to adhere to the appropriate standards of care, resulting in injury or harm to another person. In a medical malpractice case, negligence specifically refers to a health care practitioner’s failure to care for a patient within the accepted medical industry standards, resulting in patient injury or death. Proving negligence in a malpractice case requires a preponderance of the evidence, or clear and convincing evidence of the defendant’s fault.

During settlement negotiations, you or your Albuquerque medical malpractice lawyer will have to submit documentation and evidence to establish that a doctor-patient relationship existed between yourself and the defendant at the time of the alleged act of malpractice, that the defendant violated the standards of care, and that this caused you or a loved one’s injury. Proving these elements will make the defendant financially responsible (liable) for your losses.

If the insurance company accepts your claim, it will offer a settlement. You will have the chance to submit a counteroffer if the initial amount does not adequately cover your past and future losses. Hiring an attorney to help you negotiate back and forth with an insurance claims adjuster increases the chances of achieving a fair settlement, as your attorney will know aggressive legal strategies and have the power to take the defendant to court, if necessary. 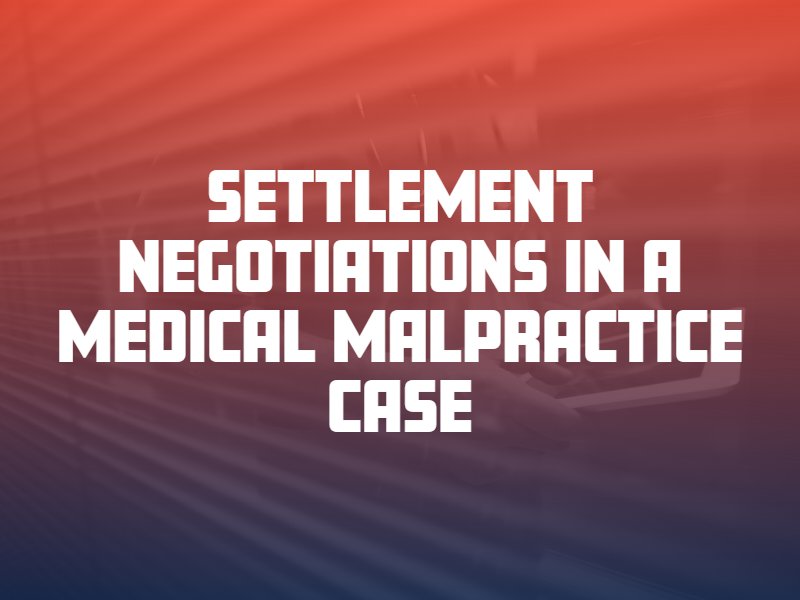 What Is Alternative Dispute Resolution?

Settlement negotiations during a medical malpractice case often involve alternative dispute resolution (ADR). ADR is an alternative to a trial that keeps a settlement private and out of court. It also allows the parties to remain in control of the outcome of the case.

The most common types of ADR are mediation and arbitration: meetings conducted between both parties and an unbiased, neutral third party (a mediator or arbitrator). The third party will help facilitate conflict resolution and compromises so that both parties can come to a settlement agreement.

What If Settlement Negotiations Fail?

If negotiations and ADR do not succeed in creating a settlement between the parties, the medical malpractice case may have to go to trial. A trial is a case presented before a judge and jury, where the jury determines the outcome after hearing all of the arguments and reviewing the evidence.

Do You Need to Hire an Attorney?

If you believe you have grounds for a medical malpractice claim in Albuquerque, contact an attorney who specializes in this area of law. An experienced medical malpractice lawyer will be able to negotiate with a hospital, physician, insurance company or another defendant on your behalf in pursuit of maximum financial compensation.

Your lawyer will understand the true value of your case and how to argue for a fair and full settlement. You may be eligible for compensation for your present and future medical bills, lost wages, pain and suffering, emotional injuries and more. If a settlement is not possible, your lawyer can represent you in court. Contact an attorney for more information about your particular case.