Can I Sue a Police Department for Use of Excessive Force?

Being in a suspect’s position during an arrest has many frightening and stressful elements on its own without the added issue of police misconduct. Unfortunately, many people in New Mexico sustain serious, life-threatening injuries because of the use of excessive force. The use of excessive force violates your civil rights according to the Fourth Amendment of the US Constitution. If a police officer inflicts a personal injury or takes the life of a loved one due to suspected excessive use of force, you could have grounds for a civil claim against the responsible police department in New Mexico. 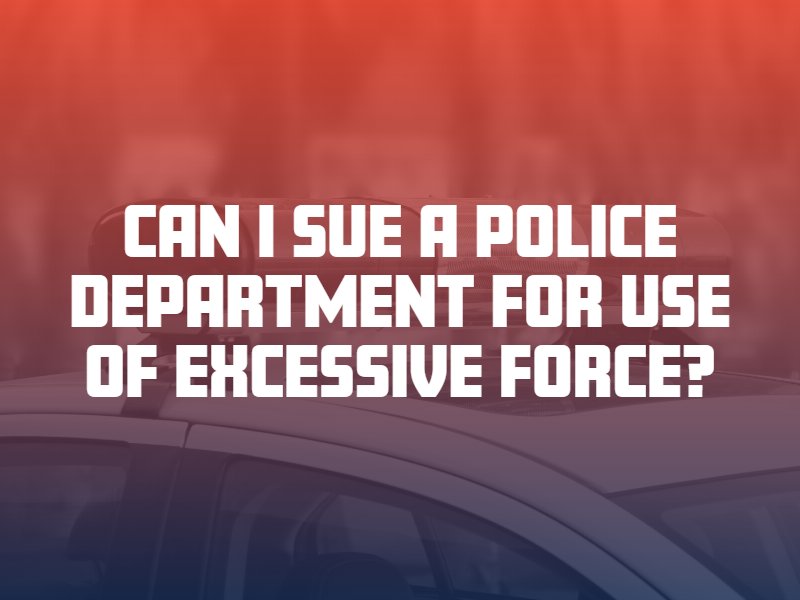 What Is Use of Excessive Force?

Your Fourth Amendment right under the US Constitution is securement in your home, person or effects against unreasonable searches and seizures. An officer’s use of deadly force is a seizure under the language of the Amendment. Therefore, the officer’s use of force must be reasonable to maintain a suspect’s civil rights. The use of excessive force during an arrest or law enforcement altercation refers to a situation in which a government official exceeds the amount of force reasonably necessary to subdue the defendant, diffuse a situation, or protect him/herself or others from harm. It is a type of police misconduct that can cause many serious injuries.

The use of serious or deadly force, such as using a weapon or firing a gun, must be something the police department can justify. The officer must have a reasonable explanation for why he or she deemed the degree of force used necessary based on the circumstances, such as a rational fear for his or her safety or that of others. The use of deadly force, for example, is only acceptable if the officer was in imminent danger of death or serious bodily injury. Using an unreasonable amount of force based on the circumstances is a civil tort.

When Can You File a Civil Lawsuit Against a Police Department?

You may have grounds to file a personal injury or wrongful death claim against a police department in New Mexico if one of its law enforcement officers committed use of excessive force against you or a loved one during an arrest or another type of official proceeding. Your claim must establish the officer’s duty of care to you, a breach of this duty through a violation of your civil rights, causation for your injuries and damages suffered. Damages may refer to physical injuries, emotional distress, medical bills, legal fees, lost wages and more.

It can be difficult to negotiate a claim against a powerful entity such as the police department or any government agency in New Mexico. The police department will have experienced attorneys and significant legal resources to combat your case. If the arrest led to criminal charges and/or a conviction, this could lead to biases against you within the civil justice system. It is critical to hire a personal injury lawyer in Albuquerque to look out for your best interests and protect your rights during a civil lawsuit for police use of excessive force. A lawyer can help you even the playing field and improve your chances of a successful civil claim against a police department in New Mexico.