Driving is an important form of freedom and independence for an elderly person. It is not something anyone wants to take away. However, many elderly drivers come to a point where they can no longer safely control a vehicle due to physical and/or mental handicaps. Allowing an unqualified elderly driver to remain behind the wheel can cause serious car accidents. If you are involved in a wreck as an elderly person or the other driver, learn your rights under New Mexico law. 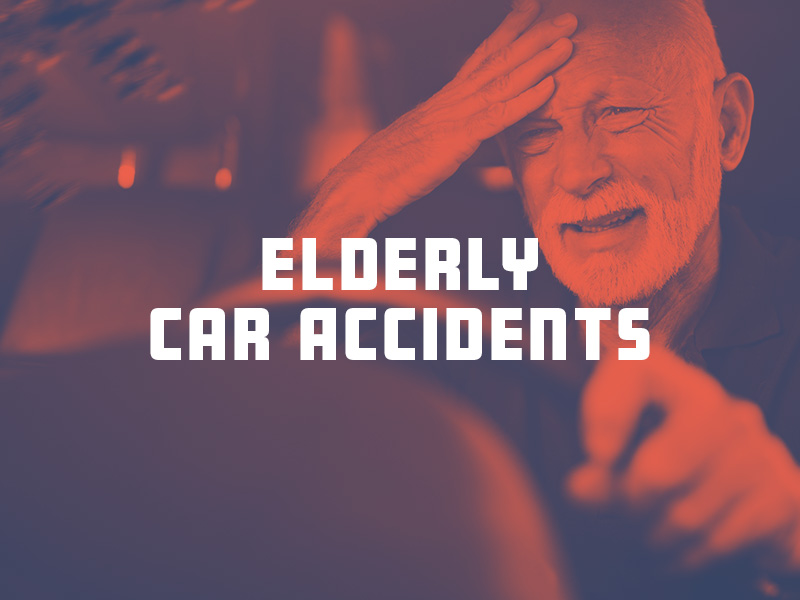 What Percentage of Car Accidents Are Caused By Older Drivers?

Safely operating a motor vehicle takes certain physical and cognitive capabilities. A driver must be strong enough to shift gears, push the pedals and control the steering wheel. A driver must also have enough flexibility and mobility to move his or her neck and head around to see, as well as quick enough reflexes to react to changing roadway situations. Cognitively, a driver must be alert and able to make sound decisions and judgment calls. A driver cannot be mentally distracted, confused or disoriented enough to impact the driving ability.

Unfortunately, with old age naturally comes a decline in physical and cognitive capabilities. Some people experience physical injuries or illnesses that exacerbate the effects of time, leading to disabilities that can interfere with driving. According to the Centers for Disease Control and Prevention, approximately 700 senior citizens (ages 65 and older) suffer injuries in motor vehicle accidents and 20 die in the U.S. every day. The total numbers of older adults injured and killed in fatal car accidents in 2017 were 257,000 and 7,700, respectively. As of 2017, about 44 million licensed drivers were aged 65 and older.

Who Is Liable for an Elderly Car Accident?

New Mexico is a fault-based car insurance state. The driver at fault for the auto accident will be the one liable, or financially responsible, for damages. If an elderly driver causes a crash through negligence, carelessness, distraction, prescription drugs, physical incapacity or mental disability, that driver will be responsible for victims’ damages. It will be up to the injured party or parties to prove the elderly driver’s fault for the wreck through evidence such as eyewitness statements, accident reconstruction, photographs, videos and expert testimony.

The four main elements of proof in a car accident claim are duty, breach of duty, causation and damages. In a case against an elderly driver, a victim would need to prove that the driver in question breached a duty of care through some act of negligence, such as driving with an expired license. Then, the victim would need to prove that this caused the crash and that he or she suffered damages as a result, such as physical injuries or vehicle damages.

Can I Be Held Liable for an Elderly Parent’s Car Accident?

For the most part, the driver at fault for causing the crash will be the one responsible for damages. You will generally not be liable for a crash your elderly parent causes. Your parent will be individually liable for the accident instead. An exception, however, exists if you own the vehicle involved in the crash. If your parent was driving your car, your auto insurance would most likely cover the damages, not your parent’s. Even if your elderly parent lives with you or you are the caretaker, you will not be legally responsible for a crash your mother or father caused.

If, however, you knew about your parent’s inability to drive safely and let him or her drive your vehicle anyway, you may be at least partially accountable for the accident. It may be possible for a victim of the accident to allege that you contributed to the wreck by knowingly allowing your elderly parent to drive a car registered in your name. You could end up paying at least part of the damages owed through your insurance provider. The laws vary state by state. After any type of car accident involving an elderly driver, discuss your case with an attorney for more information about your options.