A booster seat is a critical piece of safety equipment if you have a child under the age of 12. It will allow your vehicle’s seat belts to properly fit over your child’s lap and shoulder. This is vitally important in preventing serious or fatal injuries to your child if you get into a serious car accident in Albuquerque. Proper seat belt adjustment on a small child can ensure the belt absorbs the forces of the crash correctly, rather than imparting them onto the child. Using a booster seat according to New Mexico’s laws could save your child’s life. 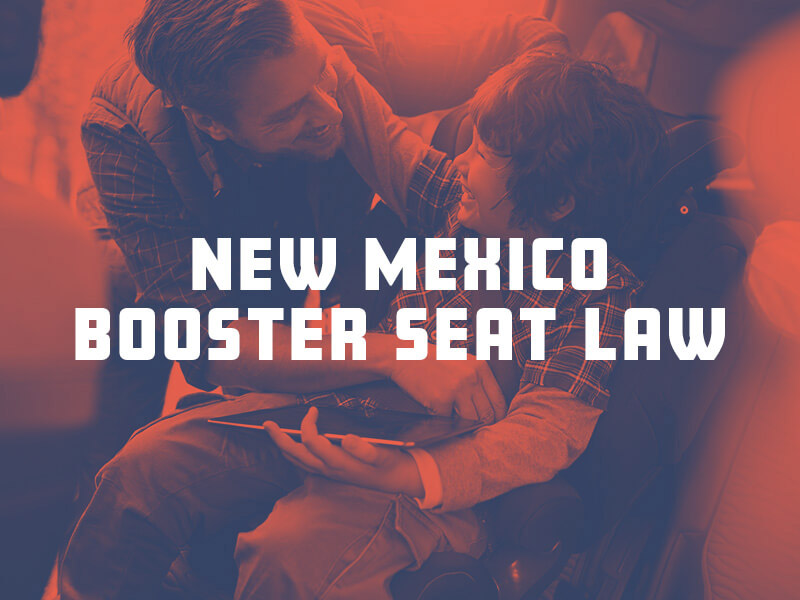 Why Are Booster Seats Important?

Every year, thousands of children 17 and under die in motor vehicle accidents. In 2017, 675 children 12 and younger died in car accidents in the U.S. An additional 116,000 kids suffered serious injuries such as broken bones, soft-tissue injuries, traumatic brain injuries, skull fractures, spinal cord injuries, and organ damage or internal bleeding.

A primary contributing factor to child passenger fatalities in auto accidents is lack of seat belt use. In 2017, 35% of children 12 and under who died in car accidents were not properly buckled up. No one can predict a crash, but you can prepare for one. Using the appropriate car seat or booster seat for your child according to New Mexico law could save his or her life.

Children 7 to 12 to Ride in Booster Seats

New Mexico law requires children to ride in booster seats from ages 7 to 12, or until the child reaches 60 pounds. Children who weigh less than 60 pounds must use booster seats or car seats, as appropriate. The booster seat must adequately lift the child to the correct height to accommodate the lap and shoulder belt, not just the lap belt. The lap belt should sit properly across the child’s upper thighs, not stomach, and the shoulder belt should go over the shoulder, not the neck. A child should remain in a booster seat until he or she is tall enough to properly use a seat belt.

The state’s child safety seat law also requires rear-facing car seats from birth until children are one year old and at least 20 pounds. Federal safety organizations, however, recommend keeping a child in a rear-facing seat longer for optimal safety – until the child weighs at least 35 pounds. Follow the directions on your rear-facing car seat to learn the maximum age, height and/or weight for each type of device. Once the child weighs enough and is old enough, he or she should switch to a forward-facing child safety seat, according to New Mexico’s laws.

A forward-facing seat should have a harness the federal government has approved for the adequate protection of an infant during an accident. Typically, this is a five-point harness that can protect an infant by keeping him or her safely in place in a collision. The child should remain in a forward-facing car seat until he or she is 7 years old and weighs at least 40 pounds (some seats accommodate children up to 60 pounds). Only then should the child graduate to a booster seat and seat belt, until the child is tall enough to use a seat belt only.

Once a child graduates out of a booster seat, he or she will need to abide by New Mexico’s general seat belt law. In New Mexico, a driver and all passengers must wear seat belts at all times. The state’s booster seat, car seat and seat belt laws are primary, meaning law enforcement officers can enforce them without needing another reason to pull a driver over. Seeing someone in a vehicle without a seat belt on, or a child is not in the correct safety seat, can be reason enough to pull the driver over and issue a ticket for a violation.

The maximum fine for a first offense is $25. If a parent or guardian fails to adequately buckle a child up, and that child suffers serious injuries or dies in a car accident, the guardian could also face civil liability for negligence. In some cases, prosecutors could even bring criminal charges such as reckless endangerment against a driver that fails to properly secure a child. Always obey New Mexico’s child safety seat laws, no matter how short the drive.